The Pharmacy For You

Our expertly trained pharmacists and friendly staff pride themselves on making sure your pharmacy experience exceeds expectations.

Victor Drug is a full service pharmacy proudly serving the community of Victor. Our unique shop will keep you occupied while our expert pharmacist work to meet your pharmaceutical needs. Our wide range of medical, healthcare, and home essentials will make Victor Drug your one-stop-shop. Come by today and let Victor Drug take care of you. 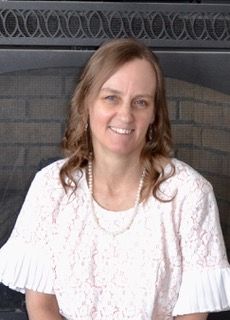 Sally grew up in independent retail pharmacy as her father is also a pharmacist and owned three stores. Sally says she started off washing the cups and glasses from the soda fountain as a child and credits several older ladies for training her in other aspects of retail operations. Sally’s ancestors were among the first pioneers in the valley, including the Driggs family. Aaron & Sally met at Idaho State University and have three children. 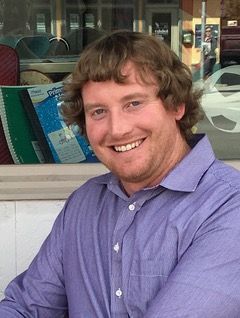 Doctor of Pharmacy from Idaho State University, Staff Pharmacist since 2013.

The townsite of Driggs was platted in 1895, and the plot of land the store is built on was recorded to a man by the name of Don Driggs, an ancestor to the current owners. We believe the drugstore was built around 1906 and was acquired by Jack Harper, great-grandfather to the current owner in 1920.

Jack Harper was a good businessman and hard worker. He also owned the drugstore in Victor where the Emporium is located. Jack would ride his horse the eight miles from Victor to Driggs each day to open the store. He would stay open in the evenings until the movie theater across the street would let out so the movie goers could buy something from the soda fountain. In the winter he would do the same thing after the basketball games ended. Then he would ride his horse the eight miles back to Victor, often at midnight, year round!

Jack learned about retail as a boy in the grocery business and worked his way up. Jack also worked as a pharmacist after being trained on the job, as there was no pharmacy school then. He also ended up owning the Orpheum movie theater across the street as well.

During the depression he would gather his clerks each morning and tell them “if I see any clerks just standing around today, then I will know I have one too many clerks!” He was also known for his compassion and fairness. 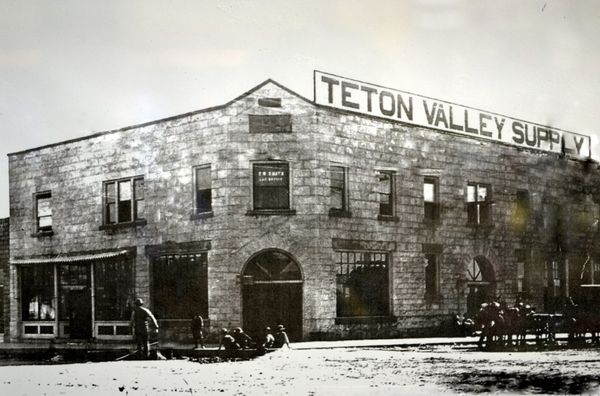 This is the drugstore about 1912 when it was known as Teton Valley Supply. In the “History of Teton Valley” by B. Driggs he says that there was a time that the drugstore was the main store in the valley and that when it was built it was considered modern. It also says that this store was the only source for supplies and that when the mining camps would bring a mule train into town and buy out the store. The settlers in the meanwhile would have to wait for the next shipment of goods to arrive to replenish their own supplies.

The drugstore building has been an icon of the Driggs downtown for many years. When the high school was first organized in the valley they did not have a place to meet as the schoolhouse at the time just had room for first thru eight grades. So one of the apartments above the drugstore was used as the high school for about two years until a building was built for them. At various times the upstairs housed a doctors office, a beauty shop, the telephone switchboard, and several apartments. The owner’s grandmother remembers “sleeping over” at a friend’s place who lived upstairs.

In the winter the valley held cutter races (horse and sleigh) right down main street. Summertime weekends saw a stage erected right in the middle of the intersection for a band and sometimes it was used as a boxing ring for bare knuckle matches. During the week the stage was stored in back of the drugstore.

In the early 60s, Jack Harper sold the business Harper Drug to Don Coburn, and retired. He remained active on the board of the Bank of Commerce for many years. It was renamed Coburn Drug for about twenty years when a son of Don (Kelly Coburn) and a grandson of Jack Harper (Jim Hunter) bought it from Don. It has been named Corner Drug ever since. Jim bought out Kelly after a few years and in 2002 Sally & Aaron Myler bought it from her father Jim.

If anyone has any early pictures of Driggs and especially the drugstore we would be interested in seeing them.

What is a Telepharmacy?

Victor Drug is a Telepharmacy. What does that mean?

Basically, a telepharmacy is a pharmacy that is staffed by certified pharmacy technicians and supervised remotely by a licensed pharmacist.

The supervising pharmacist monitors the telepharmacy via cameras while the pharmacy software tracks all medications that are prepared and dispensed. Customers are able to receive counseling directly from the pharmacist via a video screen.

Here is a quick video that explains telepharmacy very well…

How a Telepharmacy Works

Let us know if you have any questions!